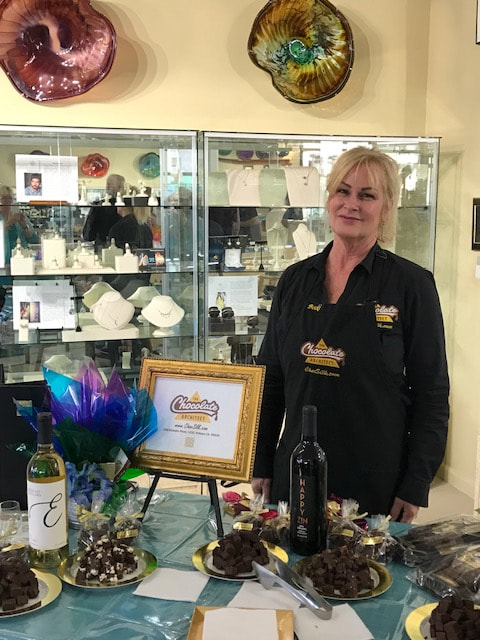 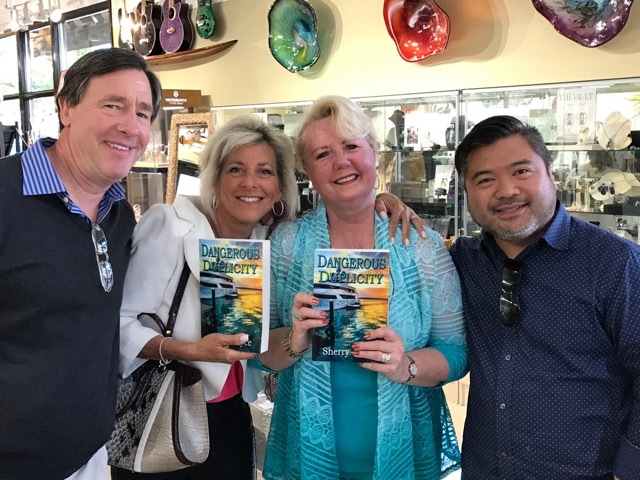 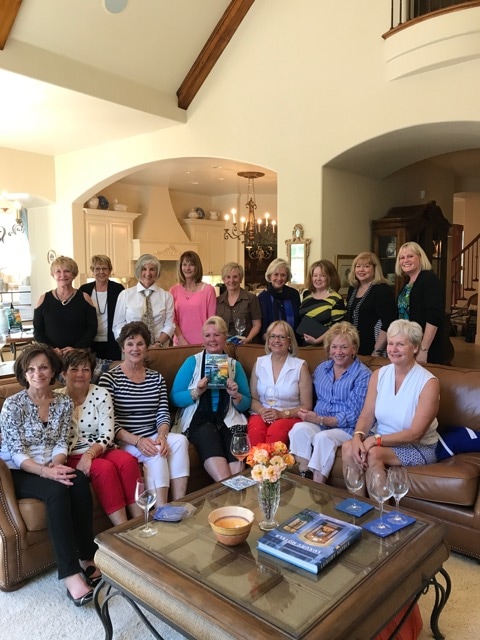 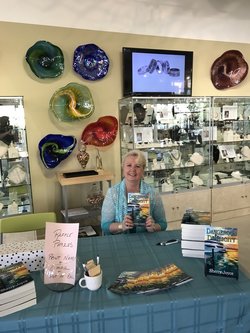 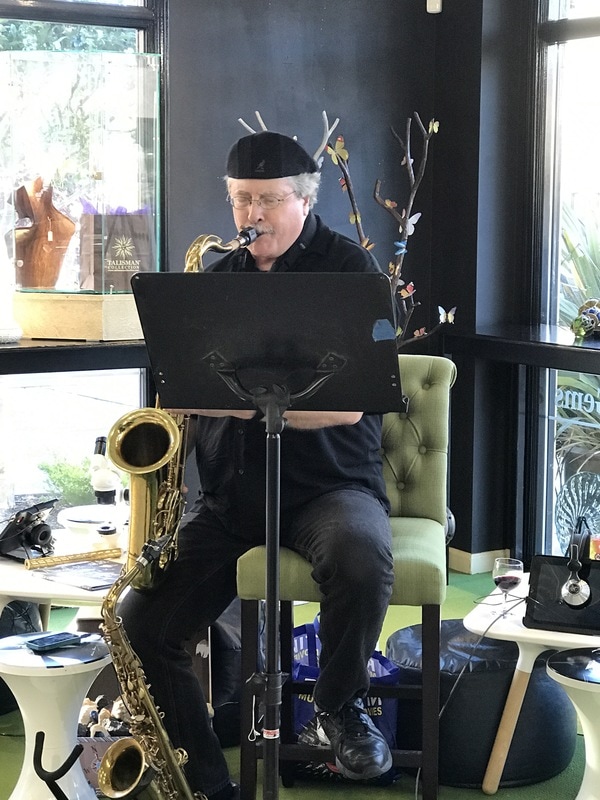 ​
Panelist and  Presenter  AT  Capitol Crimes 2017 Anthology Release December 11, 2016 - MURDER BY   CONCLUSION; 15 other authors contributed to this book, available on Amazon. 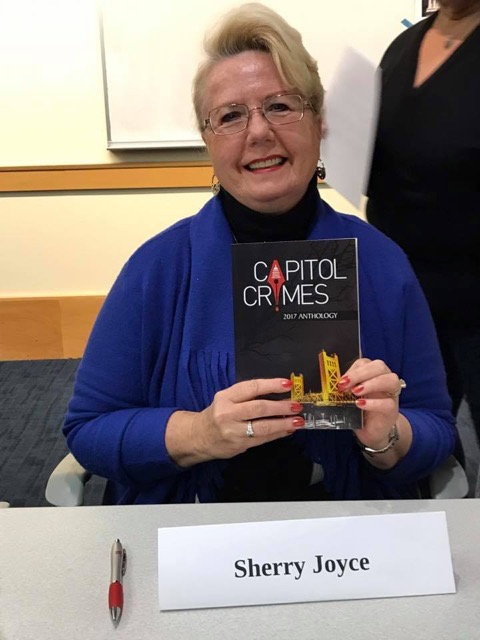 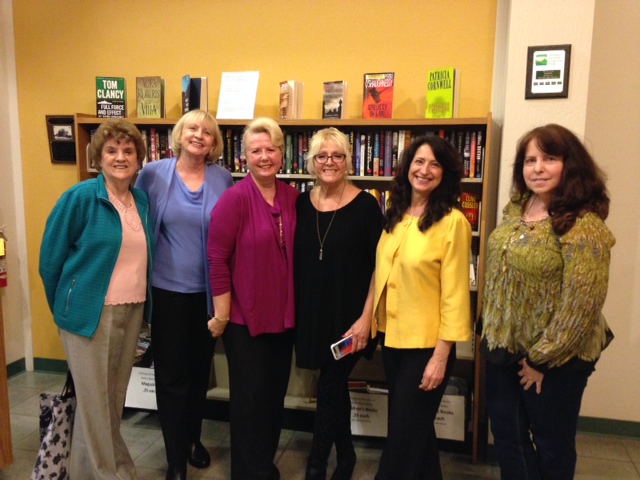 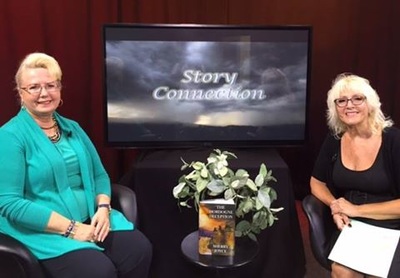 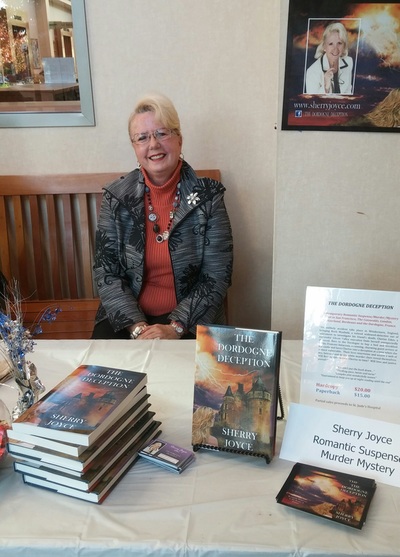 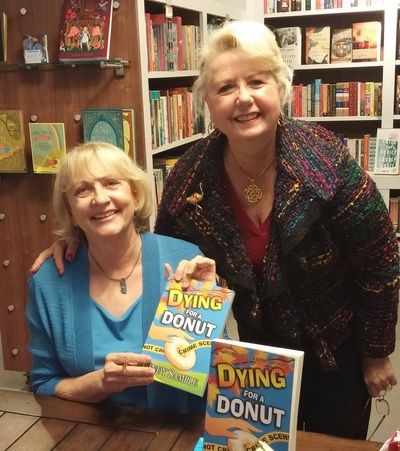 What a busy fall it's been! Interview  on Story Connection :   http://storyconnectiontv.blogspot.com/2015/09/author-decorator-who-is-sherry-joyce.html)
Folsom Library Local Author Event and celebrating my friend, Cindy Sample's book launch of Dying for a Donut. 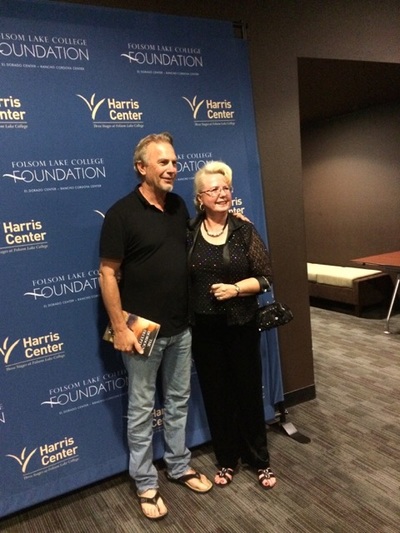 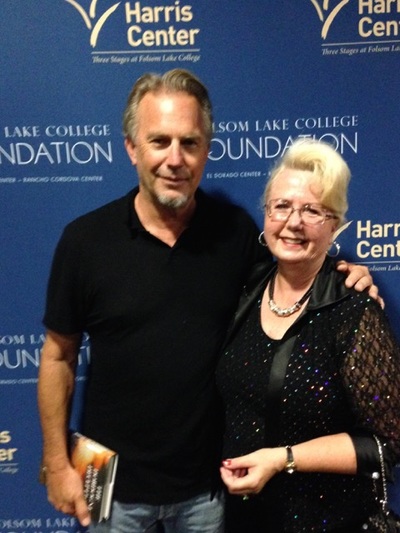 What is beyond exciting for Sherry, is that when she wrote the novel, THE DORDOGNE DECEPTION, she needed exactly the right middle-aged detective to inspire her and she chose Kevin to play the part of Brett Maxfield in her book.  She knew Brett had to be undeniably handsome, have a shrewd investigative style, a laid-back approach to life, but most of all, because the book is a story about growing through loss and finding true love, Brett had to be sincere and compassionate.  Sherry says, “When I met Kevin, he asked me why I had chosen him to play the part of Brett Maxfield in the book, and I told him that no one else could.”  The protagonist  Kevin plays in her book, is a retired Scotland Yard detective from Wisconsin, who recently lost his wife to cancer.

A dear friend of his (Raleigh Aubrey) who was much like a father to him, dies of an improbable accident.  Brett comes out of retirement to investigate the accident, and learns his friend was murdered.  The heroine in the novel, Cherise Eden, a successful executive in San Francisco, does not see a divorce coming and flees to the Dordogne, the Perigord region of France to start a new life.

Brett’s investigation takes him from the Cotswolds, to Switzerland, then Bordeaux and ultimately to the Dordogne as the investigation and clues unravel.  Sherry notes, “I was able to write a dedication inside my book and explain it all to Kevin, who hopefully will be reading the book on his tour bus.”  Kevin Costner was performing with his band, MODERN WEST, at Harris.  “Besides being a phenomenal actor,” Sherry says, "he is tall, gracious, warm, funny and a fantastic singer.”  I immediately bought two of his albums the next day because I enjoyed the original music and the lyrics.  Harris was sold out, which is wonderful, and people clapped and hollered for an encore, which brought Kevin and the band back for two last songs.  “I dared not tell him I was struck by lightning, while renting the castle in the Dordogne, and that is what inspired me to write the romantic suspense/murder mystery! 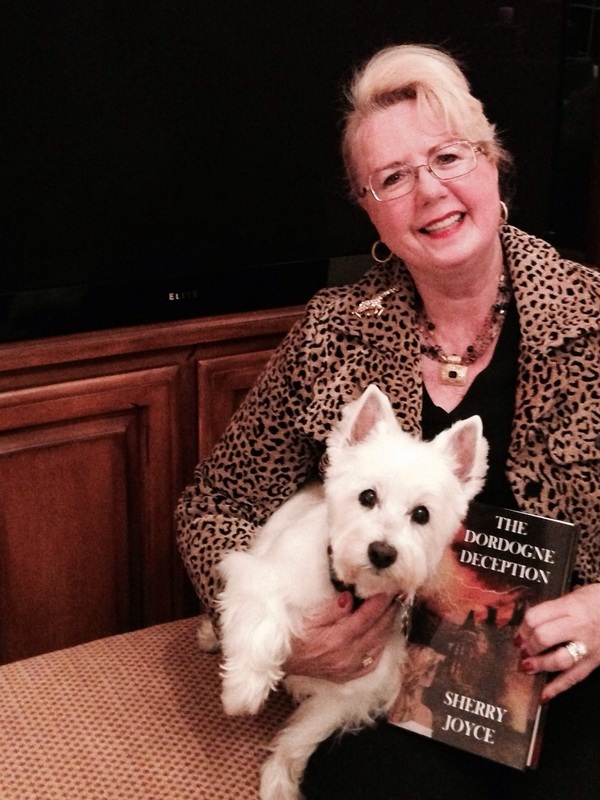 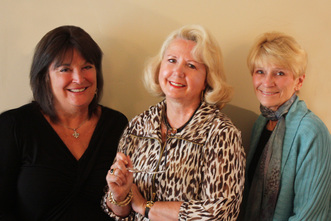 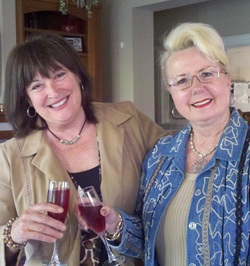 Published!
Cheers to THE DORDOGNE DECEPTION! 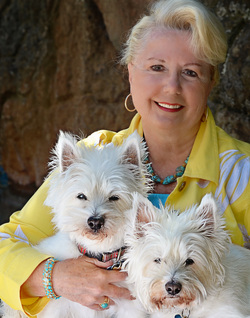 Sherry with her "Partners in Crime"
Daisy &  Kelsey